SAICA members roll up their sleeves to drive economic recovery 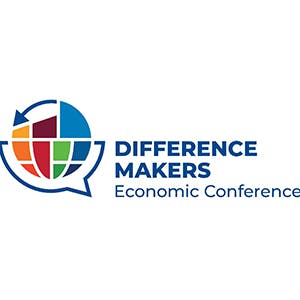 Following a period of dire strain on South Africa’s economy, SAICA launched its Economic Recovery Blueprint to drive economic and business decisions, and stimulate engagement and participation to benefit all South Africans.

Intended to be a collective view of what SAICA members believe South Africa’s economic priorities should be, the Blueprint was developed with three key objectives. First, to review the country’s economic needs to create a vision to drive policy and advocacy relating to the inclusive growth of the economy; second, to create a guideline for SAICA members to use as a tool to drive economic and business decisions, and third, to stimulate engagement and participation in a way that will, in the long run, actively benefit all South Africans and create a better future for all.

Speaking at the launch, SAICA’s Board Chairman, Vincent Motholo, emphasised the important role leaders should play in promoting SAICA’s vision to create and sustain robust economies through a modern, efficient and sustainable business environment supported by

a sound business environment, a sound constitutional democracy, reliable infrastructure, and strong social cohesion. “At SAICA, we believe that chartered accountants are the difference that matters in the world. During the pandemic and the past two years, our members have been the voice of calm to those in our society who saw their livelihoods disappear in front of their eyes. Our members were among the first respondents helping their clients focus on rebuilding their businesses and assisting them to access government support. While others were saving lives, our members were saving livelihoods. Difference makers work to not only make a better life for themselves, but also for society,” said Motholo.

South Africa continues to gradually recover from significant economic challenges that have recently plagued the country and a paramount activity for SAICA and its members, is to unite as active participants to support, advocate for, and serve as change agents to contribute to economic development and growth.

Unpacking the status of the economy and subsequently making reflective suggestions on how the economy can recover at a faster pace than it currently is, Professor Bonang Mohale, President of Business Unity South Africa (BUSA), articulated the importance of project management in business. “Business itself is not immune to challenges of state capture, corruption, stealing, and cheating. Serious intervention is needed to steer business back because it is incongruent to speak of a just society when business is seen to be at the apex of injustice,” stated Prof Mohale. He further argued that half of the 28 years of democracy have been spent in the dark because rolling blackouts started in February 2008 and that if companies are not planning for a total grid shutdown, they are being irresponsible. “Each time there are rolling blackouts at stage 6, we are losing up to R6 billion a day, and we wipe off an entire percentage point in our GDP.”

The Blueprint will also be used to influence the strategy of SAICA, drive the economic relevance of the CA(SA) profession as well as create an ecosystem for SAICA members to get involved and make a difference. But it is not just about SAICA members. All business leaders need to work together to ensure economic recovery. Akash Singh, SAICA Eastern Region Chair and CEO (and Co-Founder) of Sigma International, explained that the accountancy profession has the potential to create our country’s strongest economic block. CAs(SA) lead as CEOs, CFOs and FMs in many corporate organisations in diverse industries. These individuals are core to the economic decision-making process in our economy and aggregating their influence is what we plan to do,” said Singh.

SAICA’s CEO, Freeman Nomvalo, reiterated that SAICA’s purpose is to maintain the educational, auditing, accounting and ethical standards of the profession and enable it to remain relevant in the society in which we live. Nomvalo said: “Many of the conversations that have occurred today, point to the fact that what has to be done, will not be done if we leave it to someone else to do. The Blueprint will be circulated for input to SAICA members and stakeholders and will be periodically updated for revision. We have CAs(SA) who are CEOs, CFOs, and CIOs and are key decision-makers in the economy.

The Blueprint is bringing them together to harness the intellectual capital they possess and adopt it, as a collective, and engage with various stakeholders in the public and private sectors in order to advocate for the necessary changes outlined in the Blueprint, for the economic benefit of all South Africans,” concluded Nomvalo.

The full conference can be viewed here.

The South African Institute of Chartered Accountants (SAICA), South Africa’s pre-eminent accountancy body, is widely recognised as one of the world’s leading accounting institutes. The Institute provides a wide range of support services to more than 50 000 members and associates who are chartered accountants (CAs[SA]), as well as associate general accountants (AGAs[SA]) and accounting technicians (ATs[SA]), who hold positions as CEOs, MDs, board directors, business owners, chief financial officers, auditors and leaders in every sphere of commerce and industry, and who play a significant role in the nation’s highly dynamic business sector and economic development.

This site uses cookies to enhance your experience and to personalize content and ads so we can provide you with the very best opportunities and services you may otherwise be unaware of. By clicking “Okay”, you agree to the storing of cookies on your device.
No thanks